Close
Login
You can login using your social profile
Connect with:

When Love is Not Enough: The Lois Wilson Story, is a new “Hallmark Hall of Fame” presentation starring Winona Ryder and Barry Pepper which will broadcast Sunday, April 25 (9:00-11:00 PM, ET/PT) on the CBS Television Network.

Spanning more than 30 years, this movie is based on the biography by William G. Borchert and is the true story of the enduring but troubled love between Lois Wilson (Ryder), co-founder of Al-Anon, and her alcoholic husband Bill Wilson (Pepper), co-founder of Alcoholics Anonymous. 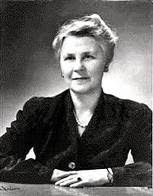 I had the wonderful opportunity to meet Lois just two years prior to her death at age 97 in 1988. A representative of World Service Al-Anon took me to her home where I shared with her my children’s book My Dad Loves Me My Dad Has a Disease. She had a great love for children, but was physically unable to bear her own and Bill’s drinking interfered with adoption possibilities. She was a delightful woman, and most gracious. We also connected about being bicycle riders, as that day she had just gotten off her stationery bike!

Lois stuck by her husband through many years of tormented and abusive alcoholic drinking, believing that her unconditional love could get him sober. It could not. This loving and determined woman watched her husband, Bill destroy his career, his relationships and his health, checking into and out of alcoholic sanitariums as he neared the point of death and insanity. Finally through a life changing spiritual experience Bill was led to another alcoholic, Robert Smith, and together in 1935 they founded AA.

As Bill and Bob attained lasting sobriety, Lois began to question the value she had in her own marriage. After devoting 17 years to healing her sick husband, Lois felt isolated and resentful that he was sober without her help. Lois eventually discovered that she was not alone. She slowly engaged the wives of the men in Bill’s program and came to realize that while Bill was addicted to alcohol, she was addicted to him – and that the family and friends of alcoholics are, in some ways, as sick as their loved ones. Lois gained the necessary understanding needed to repair her fractured relationship and to help millions of others do the same. She co-founded Al-Anon in 1951.

Al-Anon is one of the most successful forces for good in the world today. The Twelve Step programs developed by Lois and her husband are the basis for multiple self-help groups growing around the world today, from Narcotics Anonymous to Overeaters Anonymous. Al-Anon groups can be found throughout the world, where ever one lives there will be a group meeting nearby.

The story of Lois Wilson is a poignant account of her life, its impact on the recovery world and on addiction in families.

This post was made by Claudia Black, Author of The Truth Begins With You.

Three Graves as Road Markers on the AA Journey

addiction and recovery stories, Diane Cameron, Out of the Woods, Recovery

Reading What They Read

communities, DISENTANGLE, Disentangle: When You’ve Lost Your Self in Someone Else, Effort, Living Closely Indefinitely, Nancy L. Johnston